Good instructions and all the necessary included tools, was confirmation that it was generally intended to be a very user friendly item to install

I was unaware how much of a challenge it was going to be in fitting it to my Telecaster however and it proved quite difficult with unsatisfactory results at first until after some trial and error, I decided to cut the shape of the carrier for the pick up out of the scratch plate to recess the pick up by 3mm and to also ensure some adjustment for the correct height
This was not a decision I made easily and not for the faint hearted!!

I'm sure not all guitars would be this difficult ...

It did however, work a treat!

The Fishman Triple Play does require careful setting up with the software
The sensitivity of the pick up and the height of pickup in conjunction with the guitars action, makes a huge difference to the overall performance
The software has been a bit frustrating, it seems that you can't return to the Fishman Triple Play software window after using a third party plug window i.e. NI Kontakt without shutting down the NI window first?

I bought the Fishman Triple Play to play horns, in addition to guitar, in a soul band project, but soon realised it has great potential and flexibility as a general midi controller and now firmly accompanies my midi controller keyboard I use for composing

I still can't get my head around that its wireless though, with next to no latency, just the odd rogue glitch which is more down to my incorrect finger positioning and pressure than anything else ... just amazing!!!

I've now bought a wireless guitar set up too which now gives me total freedom on stage, in particular ...

I've yet to find a way to wirelessly control the volume, which I prefer to operate by foot pedal and am currently hardwiring a volume pedal between the computer interface and the PA

The Fishman Triple Play is a serious contender in the Midi Guitar arena and gives the competition a real run for their money, especially considering the expandability of sounds

Above all else though, I'm having loads of fun with it!! ...

Send report
handling features sound quality
Fantastic Bit Of Gear
benash, 28.12.2019
What a fantastic bit of gear! I purchased this over 6 months ago, and I finally feel qualified enough, to make a decent short review on it!

I originally purchased this to use live. My band has a heavy use of synths, so I thought it would be cool to take some of the synth lead lines from our music, and play them on guitar! It works brilliantly for that. From my experience, it works with almost any synth plugin, but does track better on some than others! I run VST plugins through Abelton Live 10, and the USB Stick provided shows up as a midi usb device.

The use case that I hadn’t even thought about was in song writing! It’s amazing for this. There’s plenty of demos showing how it works for drums, and although cool, I haven’t used it for that. I use it mostly on violin and keyboard parts. It’s perfect for creating chords or tracking lead line melody’s. The latency is very low, but sometimes needs tweaking a little. So I just quantise the midi once I’ve tracked, and it’s perfect!

This is an amazing tool for anyone looking for a way of playing synths live on guitar or for writing! Highly recommended.

The reason I’ve put 4 stars on a couple of fields, is because the software is a little complex to understand off the bat, and the latency of some synths makes it not useable for live playing where you need it to be perfect!

Send report
handling features sound quality
Great hardware, unreliable and impenetrable software
mwop, 09.05.2018
Fits very easily and well to a guitar with a Tunomatic bridge (I used a Jackson Rhoads). Floyd bridge guitars will require sufficient space between the bridge and the pickup and necessitate using the 'mild' adhesive to attach the pickup to the guitar itself. The wireless functionality is great - no noticeable latency and battery life is excellent. The stock / default sounds are wonderful and I could made very good use of the strings, wind, sax, flute type instruments but I found that piano/keys and and other 'high attack' type instruments such as nylon stringed guitar suffered terribly from ghost / artifact notes and were practically unusable even where playing extremely cleanly. Perhaps a factory fitted Tripleplay might improve on this (such as the Godin or Fender Tripleplay equipped guitars that are available).

Unfortunately, the real problem that I found was with the software. Even forgetting the time consuming and impenetrable 3rd party software components provided on a 'trial' basis (but still require registration and authorisation), the base FTP installation was incredibly unstable, at least in Windows 7, and would crash completely seemingly at random. The software interfaces are also quite terrible. Native instruments and Fishman should be ashamed of themselves for producing such user unfriendly interfaces.

I could have lived these shortcomings with that had the software been more stable. Unfortunately the instability of the base FTP software made the whole package utterly useless for live performances and there was no way I could rely on it for fleshing out the sound of a covers band.
Helpful · Not helpful · Report
Report rating…

Send report
handling features sound quality
Great for making synth melodies with a guitar
Michael Carrier, 04.04.2020
I'm primarily making electronic music with Synths and drum machines, but since I learnt guitar at younger age, this is more musical for me to write and compose music with than say piano. Hence the reason I wanted a midi pick up for my guitar.

I use the midi pick up with my DAW (Ableton Live) and directly into hardware synths, mainly Elektron.

Pros
- Has enough control via the software to configure for your desired setup.
- Tracks playing very well.
- Extremely creative and fun way to use with synths.
- Wireless works perfectly.

Cons
- Installation can be tricky.
- Only comes with one mounting adhesive and bracket, for this price it should have two at least.
- Can be hard to get the correct height in relation to the strings.
Helpful · Not helpful · Report
Report rating… 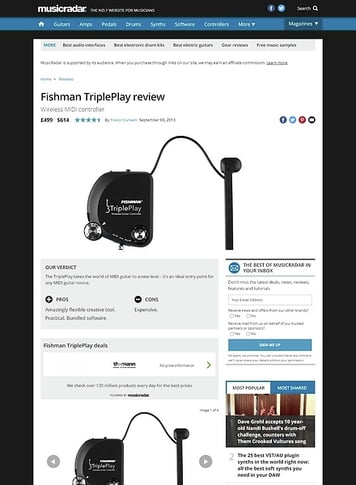 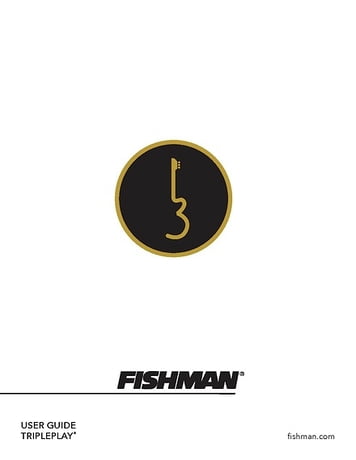 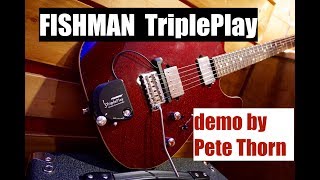 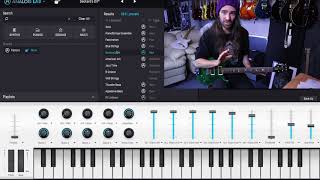 Show all
Fishman Triple Play - Not a Review
Leon Todd 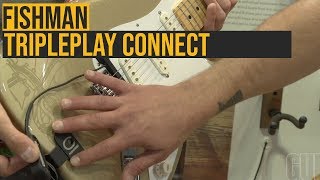 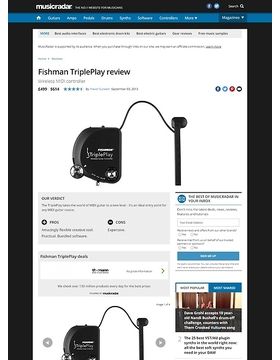 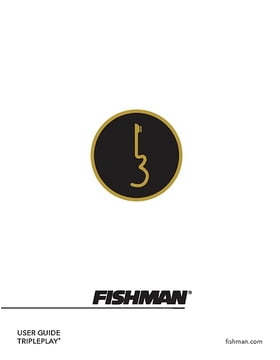 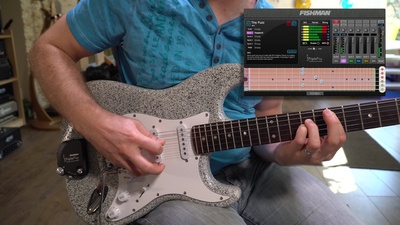 Roadworx Microphone Arm, microphone desk arm with cable management, cables with a diameter of up to 8mm can be attached to the underside of the arms with a clip system, aluminum construction, locking central hinge, 3/8 "thread connector with 5/8"...

Lehle P-ISO; Isolator and DI box, no signal loss or hum; High-Impedance Lehle Transformer HZ; suitable for balanced or unbalanced signals; Passive, no need for a power supply; galvanically isolate devices to prevent ground loop hum, also use as a...