A big thing for speech

The Shure SM7B is a dynamic moving coil microphone with a fixed cardioid characteristic that is ideal for recording speech and vocals, but it also does a great job when miking instruments. A wide, linear frequency range ensures natural reproduction of voices and instruments. A pneumatic shock-absorbing mount and sophisticated shielding prevent mechanical and broadband electromagnetic interference of any kind from affecting the recordings, so you’re all set to record without anything getting in the way! 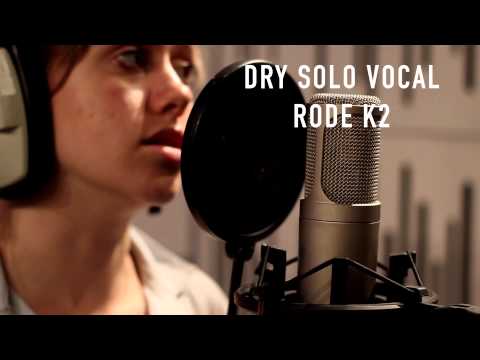 The frequency response of the Shure SM7B is ideal for speech and vocals, and this is reflected in the recording quality. The exceptionally natural sound and smooth warmth which this microphone imparts to recordings are magnificent. Additionally, the switchable bass roll-off and “mid boost” provide further options to create a unique sound and give voices enhanced presence. When recording instruments, the SM7B performs just as well: Recording guitar and bass amps, drums and percussion, or wind and string instruments – nothing is a problem thanks to the truly brilliant sound.

Also a hit with instrumentalists

The Shure SM7B has a number of advantages that make it ideal for use as a speaker’s microphone – first and foremost being its natural reproduction of voices. Newsreaders and radio presenters, podcast producers, Youtubers, and singers should all take a closer look at the SM7B when choosing a suitable microphone. Nevertheless, guitarists, drummers, and wind and string instrument players will also find this microphone to be a high-quality companion for recording their favourite sound source.

The American company Shure began developing microphones during the early 1930s and is one of the pioneers of the audio engineering sector. Models such as the 55 Unidyne - known to many as the "Elvis microphone" - and the SM57 and SM58 which appeared in the mid-1960s are still ubiquitous in live sound production today. They enjoy cult status among musicians and technicians alike. In the 1990s, Shure introduced the first wireless microphones and in-ear monitoring systems and became a market leader in this field. In addition to microphones, Shure offers a wide range of earphones and headphones for studio and live use, as well as various accessories.

Recording, no matter where

The Shure SM7B is rugged enough to withstand damage and interference, which means it can be used even in unfavourable conditions. For example, the strong aluminium body and mesh grille prevent damage if the microphone is dropped or gets hit by a drumstick. Thanks to its efficient shielding, the microphone can be used even in the immediate vicinity of electrical devices like computer monitors. This means that even “streaming” gamers can enjoy interference-free recordings. The included wind shield also prevents annoying breathing sounds from finding their way into the recordings. 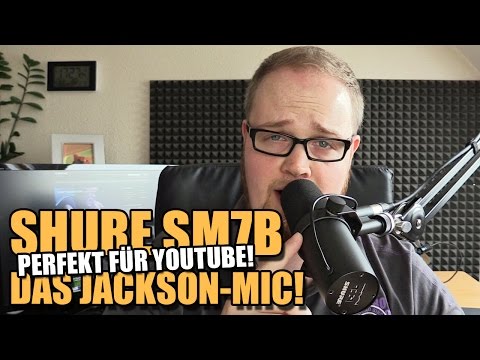 V
The mic that doesn't mind getting yelled at. Venzetti 28.12.2015
I love this microphone. If you have the money available and you're into heavier music stop reading here and just buy it.

Now that the people that, in my opinion, this mic is perfect for are gone, let's get down to business.

This mic is clean, rich and very reliable. It not only feels sturdy, but it will usually avoid any background noise while recording, even when holding it in your hands, something a lot of heavy vocalists feel they need to do. This stops those headaches that can happen when you're in your home studio, you do the perfect vocal take and bam, someone closes a door half way through and it's ruined.

You may have guessed I use this mic for vocals mainly and you'd be correct. The music I write is usually aggressive, loud and this mic is perfect for it. However I have used it on pop tracks, grunge tracks and other lighter/moodier music and it also shines through there.

I've seen this mic used for micing guitar cabinets with high success although the sound is very niche so I wouldn't buy it just for that. Same with micing Toms. One of the main things I love about this microphone is because it feels so sturdy you're not afraid to use it anywhere and just see how it sounds.

I'm trying to find a negative about the mic and can think of very little. The wires on the side sometimes feel flimsy? But they've never broken or come loose and this mic has been beaten up royally by some vocalists.

Honestly if the good points I've brought to you perk your interest, just buy this microphone, you won't regret it.
features
sound
quality
16
0
Report

U
Perfect for screams, great for cleans UncleVarg 26.12.2021
This microphone sounds absolutely stunning. I hear virtually no room reverberation even in an untreated room. The SM7B is definitely not as detailed as a large condenser, but that is beneficial for me. I have primarily tracked screams with it, to great results. Doing clean vocals is absolutely viable, but I'm personally not a great singer. I find that very little EQ and compression are necessary, the sound of the microphone is consistent (volume-wise).
One word of advice, some people demonstrate the microphone can be used without a pop filter. While this is possible, a pop filter will get you far closer to the desired results, without the help of VSTs.
features
sound
quality
0
0
Report

W
Great on the right source WillO 04.01.2017
I use this to track vocals, electric guitar and bass cabs, floor tom, kick and misc percussion instruments. It does very well in all these applications, it's a real workhorse. Plus, it impresses the clients.

It's not the most neutral mic, it has a 'sound'. Warm and vintagey, I suppose. Not as detailed as a condenser, but still surprisingly detailed for a dynamic mic. On the right source, it often sounds 'right' straight away, I guess that's because I've been listening to it on countless records all my life! It takes EQ and compression well in the mix, and usually sits really well with a minimum of pulling and dragging.

It doesn't work on everything, I've found it to be pretty poor on acoustic guitar for example, and it often loses out to LDCs on vocals. BUT, on the right voice, it's terrific.

It's decent on floor tom, although it seems to pick up a lot of spill from the rest of the kit, snare and hi-hat especially.

If a band want to track a song live, I tend to use the sm7b on the lead vocals as it sounds great, but doesn't pick up as much bleed as an LDC would. For the same reason, it's great for recording in untreated rooms.

I like it a lot on guitar and bass amps, much more than the sm57.

For vocals, I use it with a GAP Pre73 mkiii that provides more than enough gain. For loud sources like drums and amps, my Focusrite Scarlett and Presonus D8 preamps have provided plenty of gain when the Pre73 was on other duties. It sounds 'darker' through the Pre73 than the other preamps.

For me, this has been a worthwhile investement. The only problem is now I want more large diaphragm dynamics!

Pros - versatile studio workhorse with a classic sound. Great on the right source.
Cons - requires a preamp with plenty of gain to reach its full potential.
features
sound
quality
4
2
Report

Ag
An industry leader that continues to excel Audio geek 09.05.2021
We had a complete studio rebuild over the last lockdown Christmas (in the UK) and I specified the SM7B as a solution to our less that acoustically silent studios. We're based in a very large community centre albeit on the very end of the building but have occasional 'background' noise from within the building (dance studios) and large windows in the room with some residential traffic noise from outside. It's not as bad as it sounds but any large diaphragm condenser would be ingesting this noise like a sponge so we had to look at a practical solution. Given the SM7B is large diaphragm dynamic we benefit from all of the goodness of close proximity voice work with a workable rolloff to be able to gate the extraneous noise from being picked up. Add some compression to the captured audio and the resulting broadcast VLs are solid and perfectly audible without hearing the unwanted noise in broadcast. We can't avoid some unwanted noise behind an open link but the SnR ratio in this respect is more than acceptable. We even managed to avoid having yards of acoustic dampening and designed some very aesthetic frames with four sponge pieces to hang nearby to quash odd reflection. The SM7B solves so many issues just by taking it out of the box you can see why Bruce Swedien loved it so much.

This mic is often adopted by the 'podders mainly for its looks and they love having it pride of place which is fair but despite it needing a kick of gain one should listen very carefully to the results and spend some time tuning it to find the sweet spot for your environment. I honestly think once you've found that spot you could put any talent you can find in front of this mic and they'd sound perfect. As an experiment I've done my setting up and capped off all of the EQ and gains controls on the desk. Our diverse range of presenters in the week are known fiddlers but now they all sound superb with nothing more than a fader to open and close the channel. EQ/processing settings? Desk is an Alice Series A, 100Hz rolloff, a -2dB cut at 4kHz and about 1.5dB boost at 10kHz, flat otherwise. Compression is inserted pre-fade at 3:1 soft knee from -18dB upwards (Berry MDX4600).

Less is always more and confidence speaks volumes if you believe in what you're doing. Ears are the best measuring tool and our listeners are a discerning bunch!
features
sound
quality
0
0
Report