30 30-Day Money-Back Guarantee 3 3-Year Thomann Warranty
Tube No
Switchable Polar Pattern No
Omnidirectional No
Cardioid Yes
Figure-8 No
Low Cut No
Pad No
shockmount included Yes
USB Microphone No
available since September 2009
Item number 235937
sales unit 1 piece(s)
B-Stock from 1.248 kr available
1.329 kr
Plus kr200 shipping
Since we ship from Germany, additional costs through taxes and customs may be incurred
In stock
In stock

The Rode NT1-A has become legendary in the lower price segment over the last few years. It's impossible now to imagine (home) studios and other recording setups anywhere in the world without the large-diaphragm microphone in its distinctive silver finish. And there is a very good reason for that: The NT1-A has been part of the Sydney-based manufacturer's product range since 1995, offering buyers a professional microphone without the professional price tag. The fact that Rode also provides a 10-year manufacturer warranty is a testament to the trust the company places in its own products. The set also includes a robust shock mount, a pop protector, a six-metre XLR cable, and a high-quality carry pouch to keep the microphone safe when not in use. 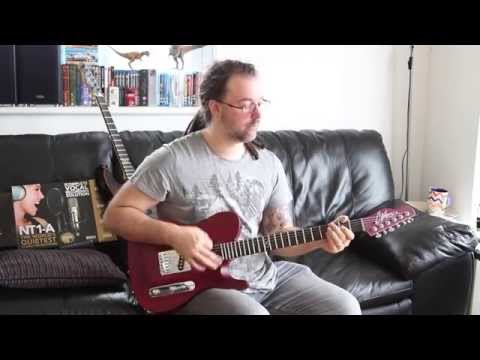 The Rode NT1-A is a large-diaphragm condenser microphone, which means that the diaphragm is one inch in diameter and operates according to the condenser principle. Condenser microphones characteristically have a higher sensitivity and finer resolution than dynamic microphones. Compared to their small-diaphragm counterparts, large-diaphragm microphones also generally have a greater tendency to colour the sound. This is very desirable in many applications, however, since the proximity effect means that it generally emphasises the bass and treble frequencies, making large-diaphragm microphones the perfect choice for vocal recordings. The NT1-A is no exception, and brings out the warmth and roundness of the human voice.

A good-quality large-diaphragm microphone is a long-term investment for anyone who is serious about recording music. The NT1-A is perfect for recording vocals, acoustic instruments, and guitar amplifiers, but its resolution is also fine enough for field recording. The Rode NT1-A features an extremely low level of intrinsic noise, which also makes it a great choice for podcasters, and its high maximum sound pressure level of 137 dB is also great news for anyone wishing to record loud sound sources such as drums. The NT1-A is a true all-rounder that will make an excellent addition to any arsenal of microphones.

Founded in Sydney, Australia in 1990, Rode is a specialist in high-quality studio microphones. With its very first in-house, completely Australian-built model, the NT2 large-diaphragm microphone, the company created a classic which is still produced in its current and enhanced version, the NT2-A. An extensive range of studio and live microphones has also been added, regularly updated, and expanded over the years. These new additions include a variety of professional microphones which are designed for video and mobile applications and can be connected directly to SLR cameras or smartphones.

The Rode NT1-A is one of the best-selling microphones of recent years, and not without good reason. The NT1-A is simply unparalleled in the lower price segment and, having easily beaten significantly higher-priced competitors in various blind product tests, is sure to retain its status for many years to come. It has already become a classic. Anyone looking for an affordable large-diaphragm microphone for vocal or spoken-word recordings at home or in the studio can be sure that the Rode NT1-A is the right choice. There is hardly a better option available, since virtually no other microphone has proven itself so often in this context.

e
Ok for beginners but there are better options for less. emememem 02.01.2020
These are well advertised as "THE" home studio mic.
Firstly. I would instead recommend something like the Audio Technica AT2020, or the AKG c3000. Both very good mics for the money, and both feel much more robust than this thing.

Cons: Very harsh around 3k.
a strange problem that I had with this mic, more than any other condenser i've owned, is that it's extremely moisture and temperature sensitive, if it's anyways cold or damp, it just refuses to work.

The shockmount that comes with it is pretty brittle, the attached pop filter snapped off within about 3 months.

I say your money would be much better spend buying an At2020, a good universal shock mount and a pop filter.
Also, definitely bear in mind that a lot of the five star reviews here are from people who might never have owned a condenser before. Take it from someone who's no expert, but has tried every budget mic under the sun, your money is much better spent on something else.
features
sound
quality
41
7
Report

MD
Incredibly great. Quality at a great price, highly reccomended MR Deano 19.12.2021
Purchased this microphone after using one in a studio for vocals, drum overheads, piano and guitar acoustic and electric. With the right pre-amp this micprophone is pretty faultless and has been a workhorse microphone for vocals on major productions.

Rationale: that high-end LDCs are often far out of budget for independent artists with big ambitions and high creative standards. Having worked for decades with microphones from the big names in audio that come at 10 times the price of this mic, I have to say I am completly satisfied and impressed by this microphone. I got the bundle with shock-mount, pop filter, really nice security and protective hard-case, and paired it with an ART Tube MP, which gave it a bit of warm glow and gain.

I have since owning this been doing professional voice overs, music productions from my home where I would normally need to rent a studio with a U87, I can now produce high quality recordings and productions from home.

I've tried a lot of different mics on the market but keep returning to Rode gear because it is really consistent. This mic will soon be as ubiquitous as the SM57/58 in the kit of many musicians, producers, it is just hands down an all around great vocal and instrument mic.

Conclusion: Well built, well engineered excellent piece of gear, the lack of low cut or pad has never been a problem for this user as the mic has a dynamic range that can be attenuated on your pre-amp...
I've never had to mess around with EQ too much, it just sounds like, well my ear... !!? that's what a mic should sound like right ?
features
sound
quality
0
0
Report

A
Excellent Studio mic for the price AndyPlant 04.01.2022
I bought this mic for my home studio as the normal standard stage mic's (SM58) just wernt quite doing it for the vocals under studio conditions. once I recieved the Rode NT-1 and set it up I noticed the change in sensitivity and quality of the vocal sound straight away... Remember vocal isolation is essential for this mic, It really does pick everything up, My recorded home vocal sound, clarity and tone wise is much improved.. one could spend a lot more money on other condensor mics but for the money this mic really does the job nicely..I'd recommend it for any home recording setup
features
sound
quality
0
0
Report

S
Amazed Sebce 18.01.2022
Top tier quality when paired with a great sound card. For the price-phenomenal! Imagine what people would give back in the day to be able to have such great gear for such an affordable price :D
features
sound
quality
0
0
Report